If only I had a dollar for the amount of times I get asked…
“So is this Bikram Yoga?”
The firm answer is no but I can totally understand why the question is asked so often.

Here at Power House Yoga located in the lovely leafy suburb of Berwick we like to call our version of Hot Yoga -> Yoga HEAT.  Because we like to turn up the HEAT!!

So what is the difference between Bikram Yoga and Hot Yoga (Yoga HEAT in Berwick!!), I hear you ask… I believe that there are three major differences between the two.

Firstly, for everyone that has practiced a Bikram Yoga class before you are all too familiar with the 26 yoga poses and 2 breathing exercises that comprise a Bikram Yoga class.  You can go to ANY Bikram Yoga class ANYWHERE in the world and you will be delivered the same poses in the same sequence with relatively the same instructional cues from the teacher.  In fact, the teachers are required to learn a Bikram Yoga script to deliver word for word as part of their teacher training completion requirements.

Bikram is actually a guy – full name Bikram Choudhury.  He developed the Bikram Yoga practice creating a 26 yoga postures series coupled with 2 breathing exercises which he claims restored his health.  The ridiculously hot room (42˚C) in which Bikram Yoga is practiced, is according to Choudhury, meant to mimic the climate of India.  After much controversy from the yoga community the therapeutic benefits of the heated room cannot be denied.

So the biggest difference between Hot Yoga (Yoga HEAT for Berwick!) and Bikram Yoga is Hot Yoga is a slow flow Vinyasa yoga (Vinyasa just means to flow with breath).  Each class you attend will be different – Some just a little different, some massively different – depending very much on the teacher of the class.  In a slow flow Vinyasa practice, you can expect to hit anywhere from 40 to 60 poses (depending on time restraints) which is very different from Bikram’s 26 postures.  A Vinyasa style practice focuses on all over body strength and stretch including a lot of upper body work in the flow from standing to the floor and back up again.  Bikram yoga lacks the upper body strengthening that the Vinyasa yoga practice offers.

The second major difference between Hot Yoga (Berwick’s Yoga HEAT!) and Bikram Yoga is the form of heating used and the maximum temperate of the room.  The heating systems used will vary a lot from studio to studio, but generally, Bikram Yoga pushes hot air into the room to be able to get the temperatures up to what they require the room to be (42 ˚C) as well as to create the major “pool of sweat” factor that Bikram Yoga is famous for.

Here at Power House Yoga in Berwick, we use a very healthy alternative to the heating systems used. Infrared heating, which is what Power House Yoga uses, is designed to heat you up first (as well as tangible objects in the room) before it heats the air.  So the room is not suffocating to breathe in and in fact infrared heating is known for its health benefits for people who suffer from respiratory issues.  As well as that, infrared heating is known to penetrate deeper than just the superficial layer of the skin to get deeper into the fibres of the body.  This penetration helps create length in muscle fibres as well as mobility in joint complexes.  The heat also promotes blood flow which is healing for the body and promotes sweat which is detoxifying.

The maximum room temperature here at Berwick’s Power House Yoga is 38˚C and when we are talking about temperatures equivalent to that of a very hot summer’s day, a few degrees can make the world of difference!!  We also monitor the heat, so on warmer days we reduce the heat to 36˚C.  The reason for this is on hot days, we come into the yoga room with an already increased body temperature so we don’t need the extra few degrees to promote the sweat factor.  Also, on hot days, most people will be naturally a little dehydrated (unless you are a really good, constant water drinker which most people are not!) so the sweat factor needs to be reduced just enough to cater for the lack of water in the individuals system.  Sometimes, less is more!!

Hot Yoga (That’s Yoga HEAT for Berwick!) as well as Bikram Yoga is not for the faint of heart.  The added heat factor increases blood flow which also increases heart rate.  So it is a cardio work out as well – nothing wrong with that!!  But if you are not well prepared, it can be VERY intense!!

The third major difference between Hot Yoga (Yoga HEAT Berwick Style!) and Bikram Yoga is the delivery of the class.  Here at Berwick’s Power House Yoga, we believe that the practice of yoga is a very personal journey that must be nurtured with just enough challenge for personal growth but with a light hearted and sensitive approach.  For those who are familiar with the traditional Bikram Yoga approach would agree that it is very military in its delivery.  There are a lot of rules the Bikram Yoga practice has that Hot Yoga does not…

1. You can drink your water whenever you need to in our Hot Yoga (Yoga HEAT) practice.  We advise small sips only so you don’t end up with a stitch or worse!  However, in a Bikram Yoga class you are not allowed to drink water until the teacher calls for a water break.2. If the heat gets too intense in our Hot Yoga room, you are allowed to leave the room for a short period of time to escape the heat and to re-centre yourself before you join back into the class.  We are aiming to stress less in yoga, so if the heat is stressing the body (and therefore the mind) too much, it is just not worth it.  Looking after ourselves is priority number ONE!!  Bikram Yoga…  You are NOT allowed to leave the room.  No matter what!!
3. Each class at Power House Yoga is delivered not just with the physical form of yoga but is complimented with the traditional and modern yogic philosophies to educate, inspire and nurture each individual in their unique stages of their yogic journey.  The Bikram Yoga practice is known for its military approach and it is not uncommon to be yelled at by the teacher in a Bikram Yoga class with the intention to make you work harder, be stronger, go deeper.

So there you have it.  The major differences between Hot Yoga – Power House Yoga Berwick’s Yoga HEAT – and Bikram Yoga.  But don’t just take my word for it…  Experience it for yourself.  You never know what your preference will be and you may just end up loving both approaches so you can mix them up with each other to get what’s best for you.  That’s our focus here at Power House Yoga Berwick… YOU!! 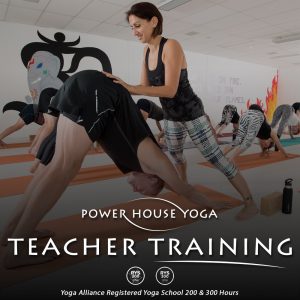 The How, The What, The Who, The When, but most importantly, The WHY!   Seva, in the philosophy of yoga, means “Service” – Service to 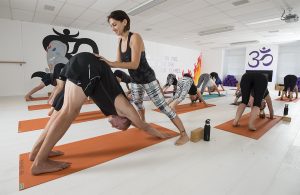 Dee Taueki Originally Published by Berwick News (Star Community)   If you haven’t heard the hype yet, here it is.   Power House Yoga, a fresh,